I hope you’re already in the middle of something relaxing, rewarding and/or refreshing (perhaps all three)!

Tuesday, late afternoon, I arrived in ICT safe and sound. OMG, do I hate flying! My flight from Orange Country to Denver was okay—I was stuck in the middle seat—but it coulda been worse. My flight from Denver to Wichita was suuuuper turbulent. Thank goodness I was able to snag an aisle seat for that flight! At one point ‘f@#k’ slipped from my mouth and I’m pretty sure my row buddy was more surprised at that than she was the rough ride. Note to self: practice using a different word for challenging situations. 😉

My mom and sister picked me up, and I chowed down on the Spangles they brought me while we rode to my mom’s house. There are several places I always want to eat anytime I come back, and Spangles is in the top three! (Kansas locals, I also always want Gambino’s and Planet Sub, though this time there wasn’t time.) 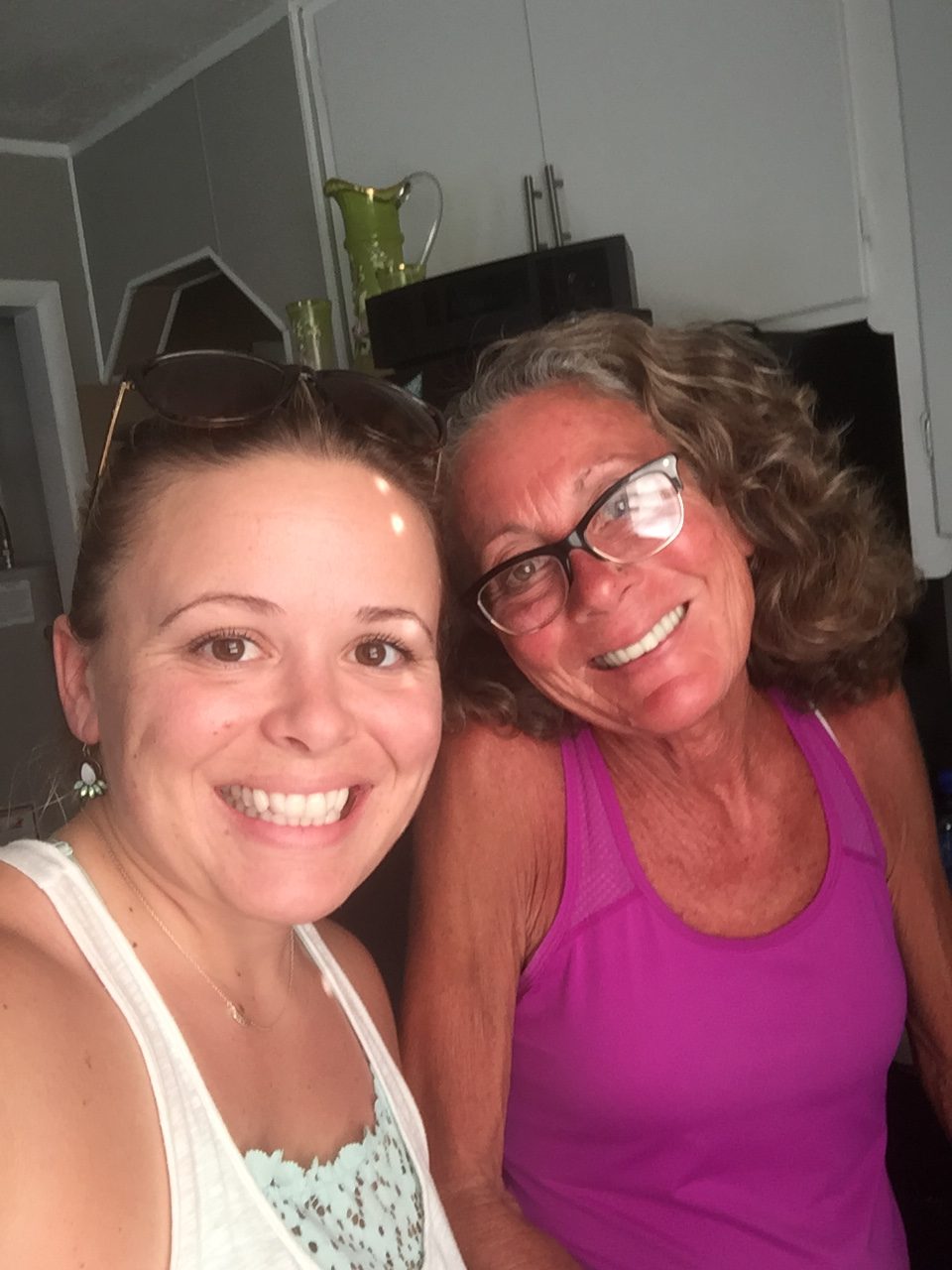 As we were on our way, Timi informed me that her car wouldn’t start earlier, and that she had to get a jump in order to make it home. We immediately canceled our yoga plans for the evening (boo!!!), and took the car to O’Reilly’s for a diagnostic test. The manager let us know that it was likely the alternator causing the problem, so Timi took her first adulting pill and dropped $200 on a new part. Ouch!

Thank you, Car Gods! We got the only part for her specific car available in all the locations within a 50 mile radius! 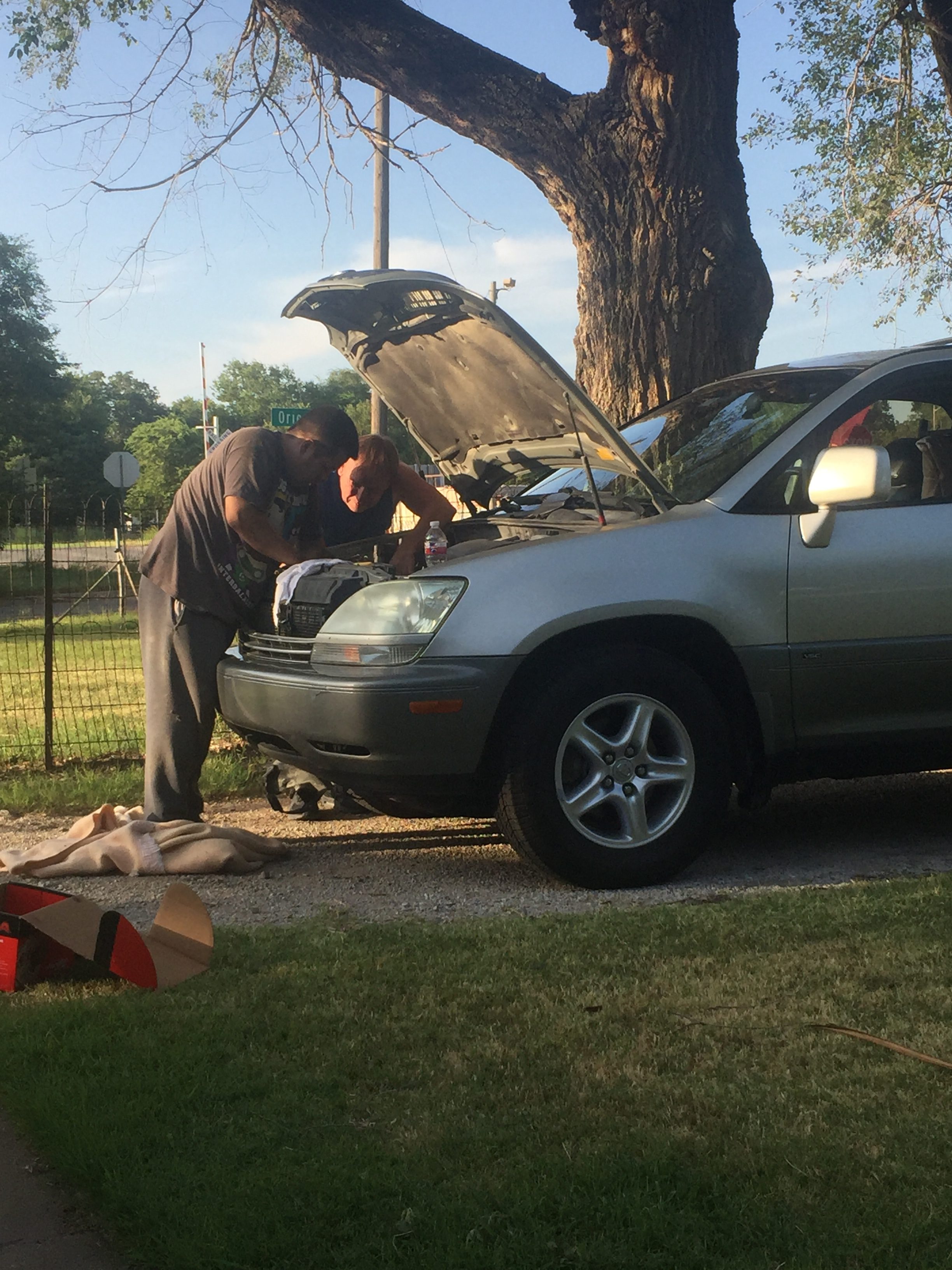 We are so thankful for my dad and this random neighbor who replaced the part. There were a couple times Tuesday night, as I was sitting on my mom’s front porch, that I thought we might not get outta town for a few days, or until the mechanic we’ve used since I was a kid was able to get to it. Dad and the neighbor finished up the car around 8:15 or so, and after dad got cleaned up, he, mom, Timi and I headed to Dempsey’s for dinner.

Timi and I got the special:

A trip to Dempsey’s wouldn’t be complete without a beer and truffle fries. It was a delicious dinner! 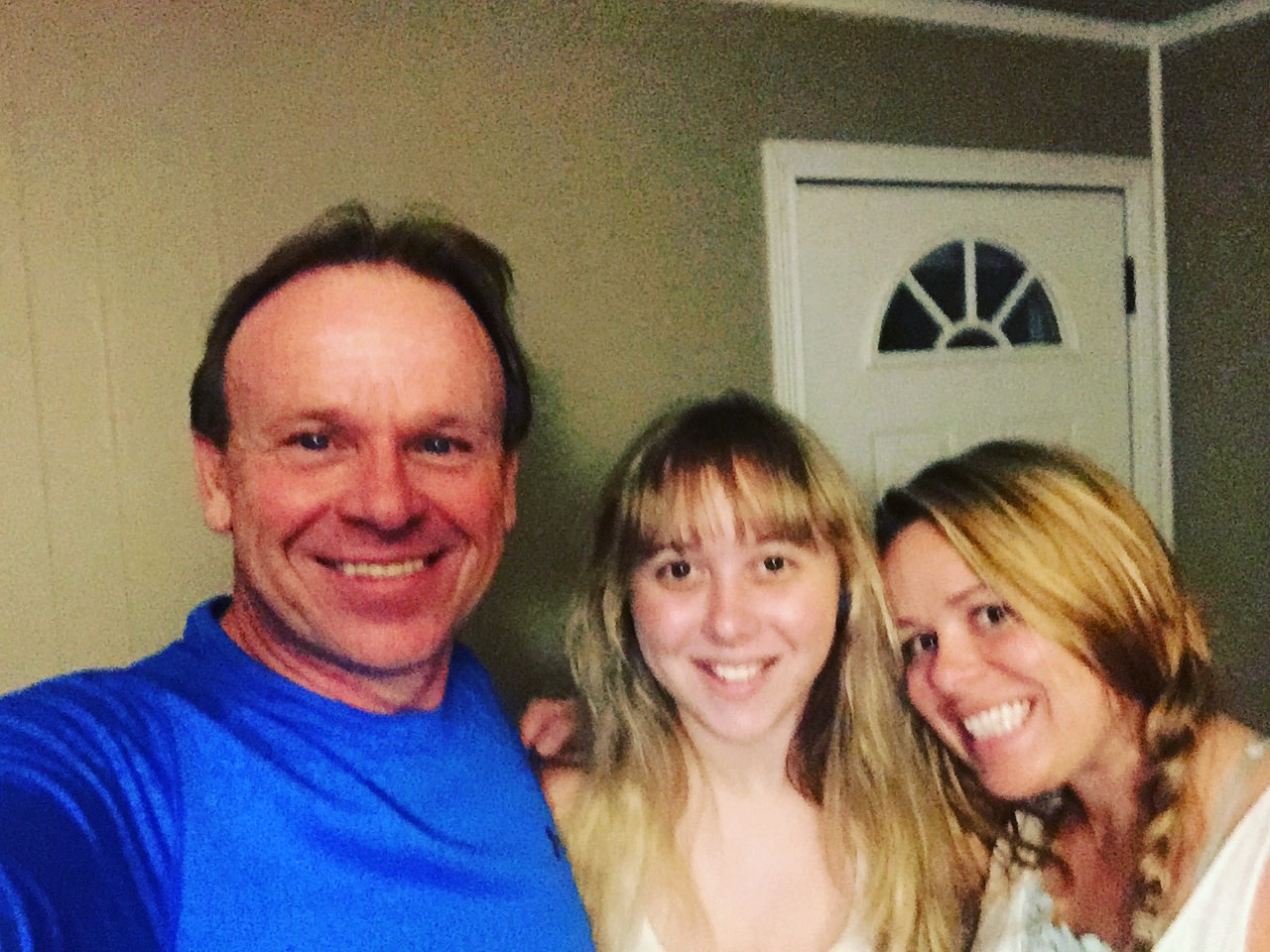 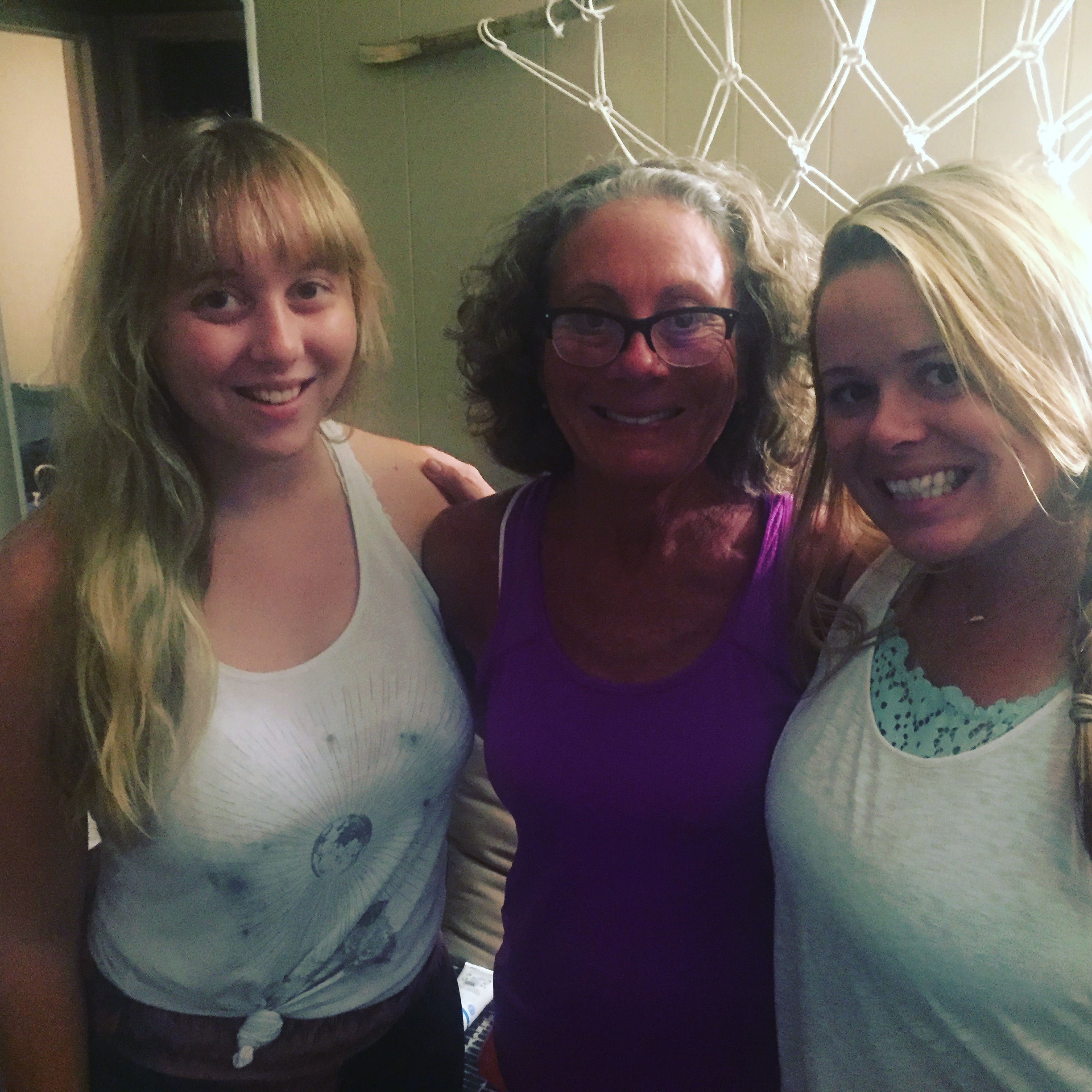 I had plans to snuggle in Timi’s bed with her on Wednesday night, but fell asleep on my mom’s love seat and had a rough time getting cozy all throughout the night. I was too tired to get up and move, so tossed and turned until my alarm went off at 6:00am.

Timi and I leisurely got ready, said our goodbyes to Momma and met Dad for breakfast. We enjoyed one last meal together before Timi and I hit the road. We were on our way at 9:01, just a minute after our no-later-than time. 😉

The drive was easy. All throughout Kansas and Eastern Colorado, traffic was light! We ran into a bit of traffic in Denver, but I say that very lightly, as I’m pretty sure there were only three lanes and we did move constantly. Timi and I felt at home as we continued to travel west through the mountains. We switched driver’s regularly, which not only allowed us to stay fresh, but also gave us a chance to soak in the gorgeous scenery! We crossed into Utah sometime around 8:30 local time, and at that point had decided we were going to aim to get to Vegas in one shot. Timi drove through the winding Utah desert as the sun set, jammin’ to some of her favorite tunes, and I took nap #1 of the day. I think she really enjoyed a chance for me to STFU and not passenger-seat drive. 😉 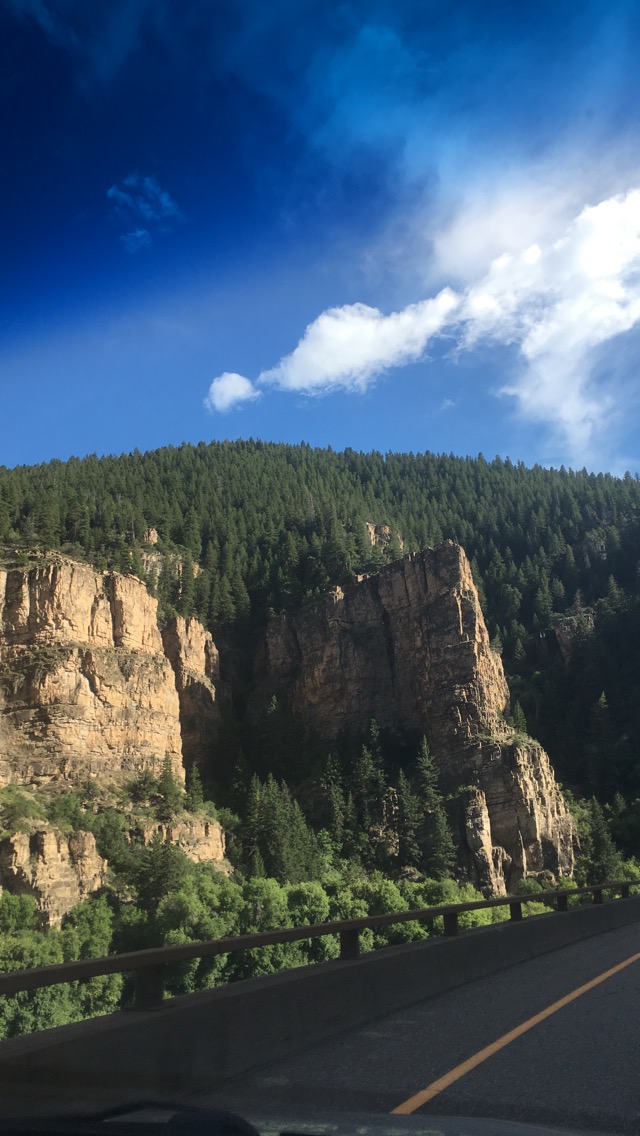 By the time I woke up, it was dark, and Timi informed me we were in the middle of a “98 miles before next service” stretch. She’s so, so good, though! She knew exactly what the tripometer would read when there’d be service again, along with an approximate time. We spent the rest of the drive changing drivers every hour, which was essential to our safety. Neither of us felt like we needed to stop and sleep for the night, but an hour was a welcomed break.

We arrived to Kenzie’s (and now, Timi’s) house at 1:30am local time, making our total travel time 18.5 hours. Kenzie woke up when we arrived and we all chatted for a few minutes before brushing our teeth and passing out.

I’m so proud of Timi for deciding to move, save money to do so, and execute the packing and driving like she did. I’m thrilled that both of my sisters now live just a five hour drive down the road. I definitely need to take advantage of that!

Hello! This is where you'll find me sharing my adventures as a traveler, wife + homemaker, pug momma and more. Thank you for reading. xo

Skin Care Products We Use